Located in West Java, Bandung is one of the coolest and most beautiful cities in Indonesia, often referred to as the Paris of Java. With over eight million residents, Bandung is Indonesia’s third largest city, after Jakarta and Surabaya and is Twitter’s sixth biggest city user-base in the world. Bandung is very stunning with the scenic landscapes in the city, food lovers will find such a variety of mouth-watering dishes to suit their tastes, and fashion lovers will be delighted to explore many factory outlets in the city. Angklung performances and the art galleries in Braga area will indulge culture lovers. The city is also known as the city of students and holds more than 80 higher educations including one of the best universities, Universitas Komputer Indonesia (UNIKOM). UNIKOM with outstanding reputation for teaching and high-quality output is well known as digital campus and its achievements in many fields, especially robotics. In teaching and research, UNIKOM  is at 7th rank in Indonesia as a private university (Webometric 2013) and is at 31st rank for University Web Ranking (https://www.4icu.org). In 2017, UNIKOM is at Top 50 ASEAN University Repository, (WEBOMETRICS) and Top 50 West Java University (Unirank).

Selected papers have opportunities to be published in Scopus-Indexed journals, subject to successful completion of a further review process by the journal concerned. In addition, the accepted papers will be published in UNIKOM proceeding book with ISBN. 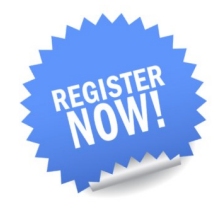